Acting is my priority: Diana Penty

Diana Penty has been a successful model on the runway with many prestigious shows to her credit. She is also quite a popular face when it comes to endorsements. The pretty model, who confesses to having had no ambitions to get into Bollywood says it all happened by chance.

“I was never the star-struck kind. I didn’t have any ambition of doing films because I was quite content with shows, walking the ramp and travelling the world. It all happened in a very short time but now that I am here I am loving it. I’ve had a great time shooting for my first film and can’t wait for it to release.” 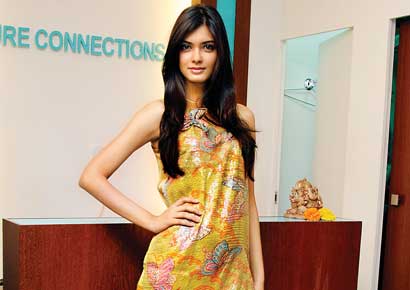 Will modeling take a back seat now that the actress is trying her luck with films? “I always believe in giving whatever I do, my best shot. I want to give it my 100 percent and since I like what I am doing, I’d rather focus on one thing than do hundred things at a time,” she says. The actor, who is absolutely new to the field, has started everything from scratch. Right from taking diction classes to dancing lessons, she has done it all. “I took diction and voice modulation classes. I also attended acting workshops, learnt a little bit of dance to prepare for my role. In fact, now that I have completed the film, I am still continuing my kathak classes. I grew fond of the dance form so now I attend kathak classes twice a week,” she says.

Considering that she was absolutely new to the industry, Diana says her co-stars, actors Deepika Padukone and Saif Ali Khan made her feel at home. “I had heard several stories about how actors are moody and stick to their work, but Deepika and Saif were so wonderful. They didn’t make me feel like I was a newcomer. I was extremely intimidated in the beginning but they were very warm to me. Deepika especially is such a lovely person that we formed a connection, instantly,” Diana says.