Diana Penty seems too good to be true - intelligent and motivated; she is also beautiful, sensible and determined. Having said that, I really wanted to know at what age did she have her first drink? We'll come to that later. Diana comes across as a feet-firmly-on-the-ground kind of a girl but she isn't averse to the odd gamble, and the biggest - giving up modelling to train as an actress - is paying off very very handsomely. Cocktail has got a great start at the Box Office. The question is - Will it sustain its greatness? Penty included! The interview is at an end and a couple of PR girls come and prepare her for her next interview. Sometime later, Diana reappears as I'm sitting in the reception area waiting to meet Saif and Dinesh Vijan. She pauses before she passes me, looks at me and wonders and then smiles. I ponder, smile and come to a conclusion - I got the reason to watch Cocktail. It's Penty. Period! Part 2 of my tete-a-tete continues... Was it a task to be Meera for two hours? 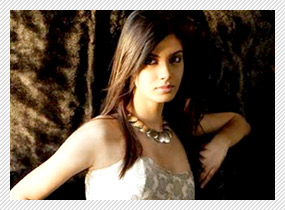 We did a lot of acting workshops besides other things. We did a couple of script readings too. Homi and I sat down with the group and then we worked on Meera's character. Homi gave her a personality - the subtle nuances, the little quirks, etc. and things that made her Meera. Homi's advice to me was to prepare in advance and forget about it and once you are on set, let it come from within you. The preparation was in my subconscious and I acted myself, I acted Meera. I wasn't acting, I was reacting. How would you define friendship? It's a certain amount of give and take when it comes to friendship. There was an understanding chemistry on the sets. I could count on Saif and Deepika. We are friends for life now. Friendship is an effortless relation. You can't put too much effort into making friends. All of this is great friendship. All the fun things we have done in the film were actually very real. It was very convincing.

Have you guys paid Dinesh Vijan on the bet you lost with him?


No, we still haven't paid Dinesh Vijan for the 'Daaru Desi' song but Deepika is the one who will be the better person to answer your question. She was the one who had placed the bet with Dinesh (laughs)

Saif's a dapper dude, isn't he? True that. He is. I loved Love Aaj Kal and Being Cyrus. I loved Saif in both of them. I think he is as versatile as an actor should be. Agent Vinod was different from what he has ever done. He is so good with improvising and will do one scene in five different styles. For me to see this first hand was quite an experience. I want a party. You have a super fan following already. Yay! (laughs) I have fans you tell me even before my debut release and that makes me smile a lot. It's a little overwhelming for a newcomer like me. I am blushing (laughs). It's not something I am used to. Along with the excitement and the happiness it is a tad pressurising. I have to live up to their expectations. Everyone's talking about Homi's visual sense. What's your vision of his? Homi's visual sense if absolutely amazing. That little edge he has brought to this commercial love story is quite different. It looks beautiful and not cliché. He is very good at taking the journey of his characters and telling you where you are in the scene. He is good at their mindsets and he is very specific at what he wants from them and that makes my job as an actor easy. !